POM Wonderful is a privately owned company that sells beverages full of fruit extracts that are generally considered healthy for someone to consume. As of recently however, POM has been the focus of government prosecution due to the claims the company is making about some of their products.

POM Wonderful made false and misleading claims that their pomegranate juice was an effective way of fighting both heart disease and prostate cancer. On Friday January 30, a federal appeals court ruled that the earlier findings from the Federal Trade Commission would be upheld and the investigation would continue.

The 3-judge panel of the United States Court of Appeals for the District of Columbia Circuit found through a 45 page opinion that the findings provided by the FTC were significant against POM Wonderful.

This decision started in 2013 when the commission noted several Pom ads for misleading content including most that encouraged consumers that by drinking POM juice you would “amaze you cardiologist” and you could “drink your prostate back to health.”

Shortly after the FTC instructed that POM is prohibited from making their apparent health claims of its products unless they partake in two clinical trials. The trails according to the D.C Circuit are not only a very long process but somewhat unnecessary with one being good enough to support or refute their claims.

For more information or questions on Civil Litigation, contact Bruce Gage at 978-961-0093.

The Legal Residence of a Child with Divorced Parents
January 15, 2015
The IRS Fresh Start Initiative
December 29, 2014

We offer aggressive legal services throughout the Lowell, MA area. 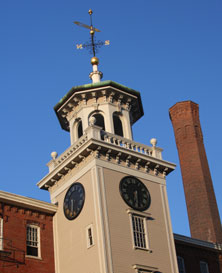